How To Setup EOS Testnet? 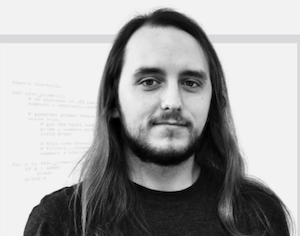 In this post, I will go into details on how to set up your own EOS testnet. It pieces together bits of info from StackOverflow, official docs and personal experience. If you’re in the hurry, you can skip ahead and just use our Docker image, which is available here.At Ulam Labs, we took on the task of running our custom EOS testnet. There are two reasons behind that:

Apart from the network itself, it would also be nice to have a working block explorer and a wallet. Fortunately, the EOS community has us covered. There is an excellent explorer called Bloks.io, developed by EOS Cafe Block and HKEOS block producers. You can simply choose “Local testnet” from the menu, enter the URL, port and you’re done. It integrates well with another app, called Scatter. It’s an open-source wallet app supporting multiple blockchains, including EOS.

Which EOS version should I use?

At the time of writing this post, I recommend using EOS v1.8.x. Newer versions of contracts built for EOS 2.0 have a classic chicken and egg problem. Contracts depend on the WTMSIG_BLOCK_SIGNATURES protocol feature, but you can’t enable it unless you deployed the system contract first. The workaround, suggested by the docs, is to deploy the old version first, enable required protocol features and then upgrade. It doesn’t help that you need to build these contracts against two different versions of development toolkit. There is a pull request aiming to streamline this process. Since both versions of EOS are currently supported, we can simply use the older one.

To make things easier to follow regardless of the platform you’re using, we’ll use Docker. While Block.one themselves no longer provide Docker images, the team behind EOS Studio does a great job with that. The first step is to generate keys for the eosio account. For that, we need the cleos command line tool. Let’s start by running an interactive shell in the Docker container.

The process itself is quite straightforward. First, create a new wallet:

Then, create the keypair:

And export it, you’ll be asked for the password from step one.

Save it somewhere, we’ll need this later and we won’t be using that container anymore. The first string, prefixed with EOS is a public key, the other one is a private key. Now that we have the keys, you can exit the container and we can prepare a genesis.json file. This file defines initial parameters for our network, such as the key for eosio account, timestamp of first block etc. Contents of this file will be hashed to generate a unique chain ID. This identifier is used to tell it apart from other networks.

Don’t forget to replace “your public key” with the key from the previous step. You can leave the other parameters as-is. The other file that we need to provide is config.ini. This will tell nodeos which plugins should be enabled etc. While all of these can be passed as arguments, we’ll end up with quite a long list of options. Simply mounting a file to our container is just more convenient, especially if we wanted to adjust them later.

With both files in our working directory, we can start our genesis node.

This will spin up a fresh EOS node with our config. It should be up and listening on port 8888. You can use bloks.io explorer to verify that it works. Clicking through the explorer, you can also notice a couple of things. First of all, there is only 1 account, called eosio. There is no EOS cryptocurrency nor resource limits. It’s a clean slate.

Time to get our hands dirty. What’s different about EOS compared to other blockchains is that it takes smart contracts to a whole new level. A lot of basic functionality that you take for granted on either production network or Jungle Testnet is simply not there by default. You’ll have to jump through a couple more hoops to get that. Let’s take for example the EOS digital currency itself. This functionality is provided by eosio.token smart contract. You have to build and deploy all the basic contracts by yourself. Spawn a shell inside a container:

To be able to build the contracts, we need to install EOSIO.CDT. CDT stands for Contract Development Toolkit. For eosio 1.8.x, the recommended version of CDT is 1.6.3. Installing it is as simple as downloading a .deb package from GitHub and using apt to install it.

To be able to build the contracts, we will also need a couple of tools such as Git, cmake and gcc compiler, these can also be installed using apt. Smart contracts on the EOS blockchain are developed using C++ and compiled to WebAssembly.

Now we need to clone the contracts git repository. Recommended version is 1.8.3. As I mentioned earlier, newer versions require this one to be built and deployed first, as they depend on a protocol feature that can only be enabled by calling a method of system contract.

You will encounter some warnings, these can be safely ignored. The contracts depend on the PREACTIVATE_FEATURE protocol feature, so before we deploy them, we need to enable it:

On EOS, a smart contract is always attached to the account. Aside from eosio account itself, we need to also create these:

To do that, we need to import the private key which we created earlier:

Now we can use cleos to create all of these accounts. I recommend assigning your public key to a variable, because we’ll be using that one a lot. Every account on EOS needs to have at least one key assigned to it.

We also need to make the eosio.msig account privileged.

With accounts being ready, we can begin deploying smart contracts. The first one is a system contract. There are two example system contract implementations, eosio.bios, which provides just the basic functionality, such as activating protocol features, and eosio.system. We’ll use the second one, as it has all the bells and whistles such as resource management, name bidding etc.

You might encounter an error stating that the transaction took too long. It’s really rare (~2% of cases) and unfortunately means you have to start again. More on that here. Remove the contents of /data, restart the container and start again. Fortunately once you’re past this point, the remaining contracts should go smoothly.

Optionally, you can enable these protocol features:

While not required, these features are enabled on the mainnet, and we want ours to be as close to it as possible. Now that all the contracts and protocol features are in place, we can create our system token. It will be used for voting and buying resources. EOS protocol is based on a delegated proof-of-stake algorithm. Users can stake their cryptocurrency on either CPU or NET bandwidth, which buys them access to the network. This limit is reset every 24 hours. The other use of staked tokens is voting. Users use their staked tokens to vote for block producers, parties which are allowed to mine blocks. The more tokens you stake, the more power your vote has. We will create a new token with an initial supply of 90000000000.0000 tokens and call it EOS. You can also use a custom name such as BREAD.

Calling init method on eosio contract sets our token as a system token. The other parameter is precision - in our case it’s up to 4 decimal places.

With that in place, we’re basically up and running, but I’d like to add one last finishing touch. Currently, our chain is not activated, which means we can’t unstake EOS. For it to be considered activated, 15% of system tokens supply must be staked and participating in voting.

Please bear in mind that the combined amount of tokens staked by the accounts has a direct impact on CPU and NET bandwidth prices.

To be able to see transaction history in either the block explorer or to query it through the API, you need to enable the history plugin, which is deprecated and it’s not recommended to use it. The problem with the plugin is that it stores the entire blockchain history in memory. You could modify the “filter-on” parameter in config.ini. This tells the history plugin which actions it should index, which can reduce the memory usage. If you’re willing to go one step further, Greymass maintains a forked version of EOS with their custom history plugin. The fork not only stores the data on your hard drive instead of in RAM, it also allows you to define your custom data retention policy. You can read more on that in a post on their steemit. 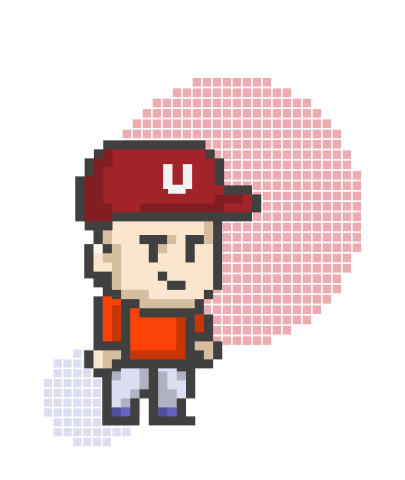 Want to launch your NFT marketplace?

Want to launch your NFT marketplace?

How to integrate cryptocurrency payments in an app?

As crypto gets more and more popular, you might want to consider accepting it in your app. But what does it take to do that? Let’s explore in this article.

Guide: Choosing blockchain based on programming languages. What options should founders consider?

When starting a new project in the crypto space, it’s worth considering a few different blockchains to build on. Each has its pros and cons, but which one should you choose? Here’s a sho