When we got together to create a company, we went all out to give it a name that goes beyond tired old clichés; one that would be inspirational for us and our clients.

Despite much bickering and brainstorming, once the name Stanisław Ulam was mentioned it didn’t take long for us to reach consensus. 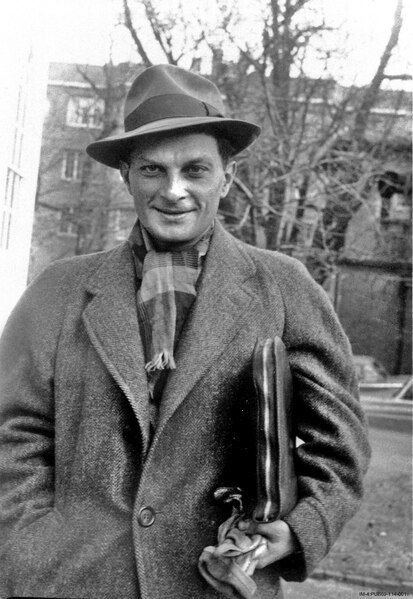 Stanisław Ulam’s historic scientific and mathematical achievements, which include nuclear pulse propulsion and findings in number theory, set theory, ergodic theory, and algebraic topology, very much speak for themselves.

Naming the company after Ulam not only provides inspiration for our team, but also gives us the opportunity to spread his name and make his achievements better known to those in the global technology industry.

Stanisław Ulam was born in the city of Lviv (now part of Ukraine) in 1909. Some 22 years later, he earned his PhD in the field of mathematics at the Lviv Polytechnic Institute. During his time at this very university, Ulam was also known for being a part of the intellectual gatherings at the legendary ‘Scottish Cafe’, where problems in functional analysis and topology were frequently discussed.

In 1935 Ulam’s talents saw him invited to come to the Institute for Advanced Study in Princeton. Not long after he went on to research ergodic theory at the world famous Harvard University.

The opportunity to work in America proved priceless for Ulam, who as a Jew, would likely have been killed, tortured or enslaved as a result of the Nazi holocaust.

In the 40s Ulam became known for his work in the Manhattan Project, which saw him oversee hydrodynamic calculations that would predict the behavior of explosive lenses used in implosion-type weapons. In the latter part of the decade Ulam also became an associate professor at the University of Southern California, where he carried out groundbreaking work on thermonuclear technology.

NewsletterSubscribe to our quarterly newsletter 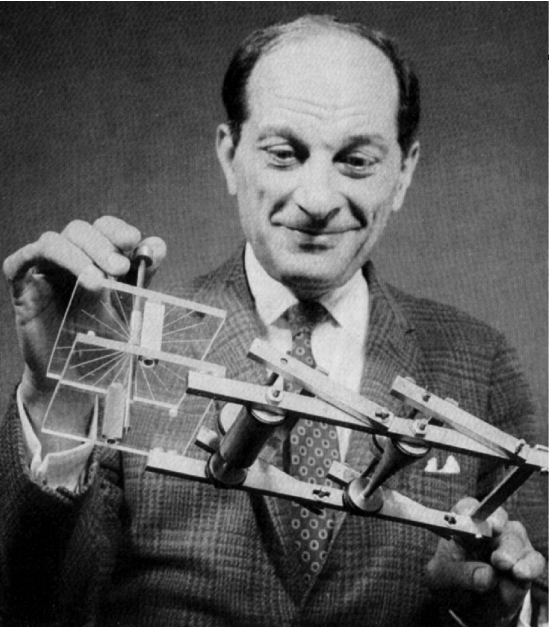 In spite all of these fine achievements, it is Ulam’s work with computers that represents his greatest legacy. Ulam was one of the first to recognize that computers could be harnessed to apply statistical methods to functions with unknown solutions. Even as computers have developed over the years, the Markov Chain Monte Carlo Method championed by Ulam is still a common and standard approach to many problems today.

On top of that, Stanisław Ulam is known for his amazing spiral, which we have embraced in the form of our logo. Devised in 1963, the ‘Ulam Spiral’ or ‘Prime Spiral’ was made by writing down positive integers in a square spiral that specifically marked out the prime numbers.

Given the stream of historic findings generated by Ulam’s unique mind, it comes as no surprise that he has been the subject of numerous articles and books. One example of this is the Polish text ‘Genialni. Lwowska szkoła matematyczna‘ by Mariusz Urbanek, which documents the work of Ulam alongside other prominent Lviv mathematicians.

Ultimately, the work of Stanisław Ulam changed the world – a feat that we at Ulam Labs are determined to replicate via our know-how, trust, team-work and passion for technology.

Carrying the name Ulam naturally means we as a company must step up to the plate. However, everyone at Ulam Labs is more than ready to meet the challenge of living up to our name – a test that drives us forward everyday in every step we take.

Are you looking for a tech partner to develop your product? Start working on your project with best software developers!

Set up a call with us

POC, Prototype and MVP - What Is Best For Your Company?

How Much Does Software Development Cost?

Incepted in 2016 and based in Wroclaw, Ulam Labs is an agile software development organization. The company's mission is to help startups and medium-size companies utilize Crypto and Blockchain…
3 min read
ULAM LABS

We love to share knowledge, and we do it regularly. We are also lucky enough to always find people willing to learn from us and being keen on blockchain as much as we are. We have partnered with the…
1 min read

Get in touch and let’s build your project!
Contact us